Current Students on the Job Market 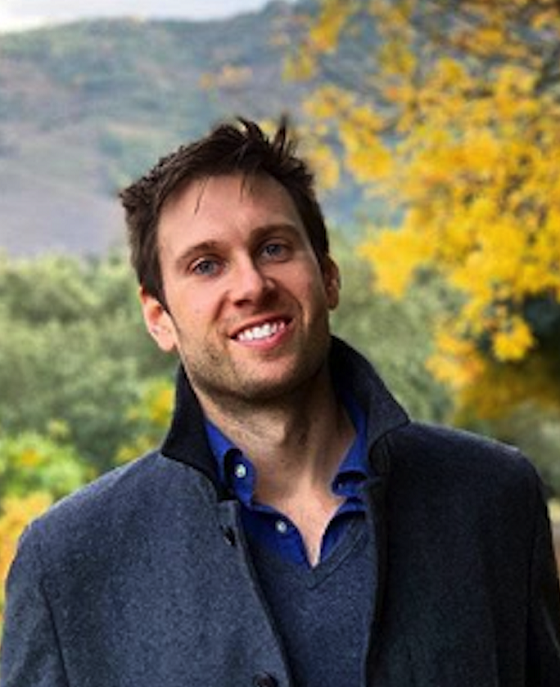 International Law, Disruptive Technology, and the Curveball Paradox
On the Market 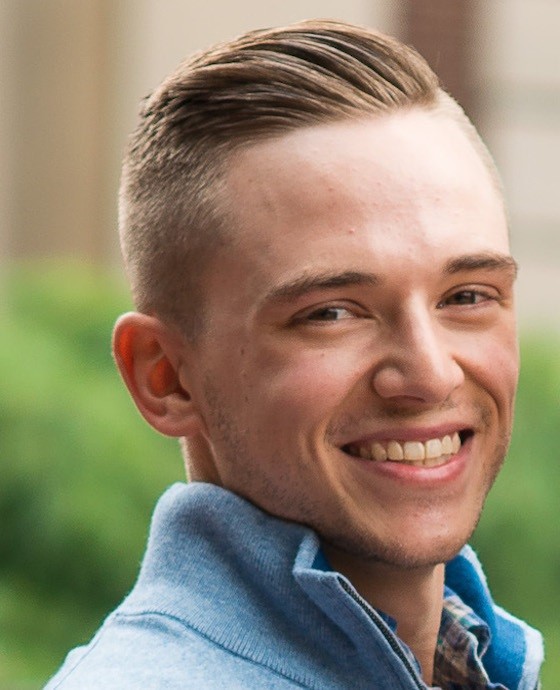 Better Together? How International Organizations Combat Complexity Through Cooperation
On the Market 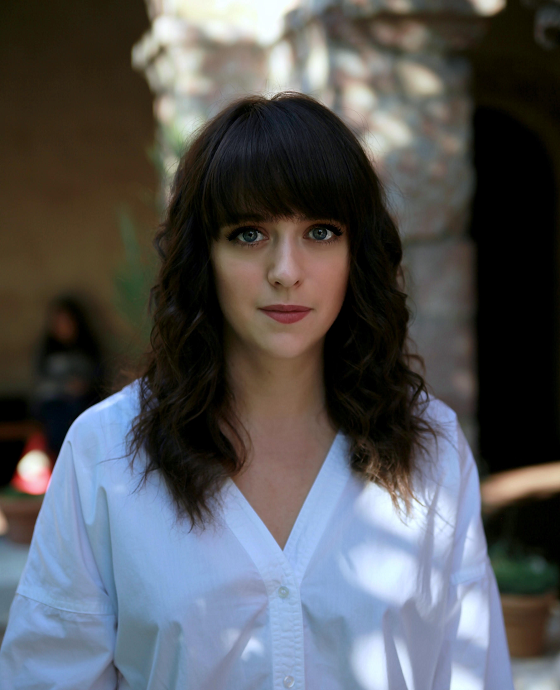 American Politics
On the Market 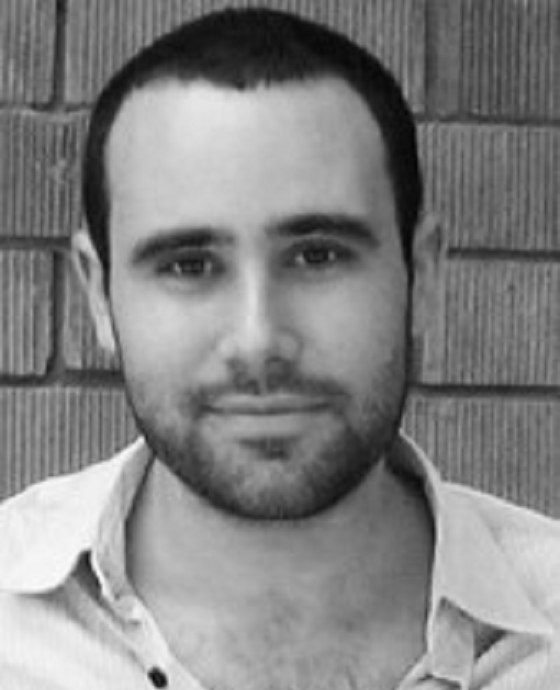 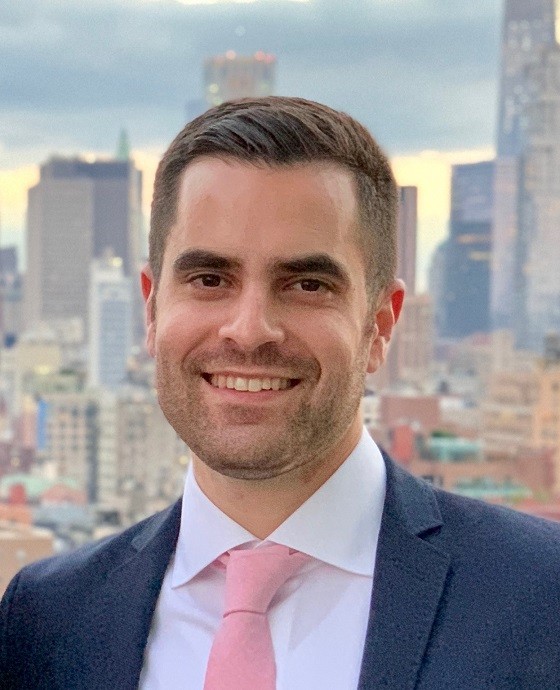 No Wider War: Civil-Military Relations, Wartime Decision-Making, and the Politics of Victory, Stalemate, and Defeat
On the Market 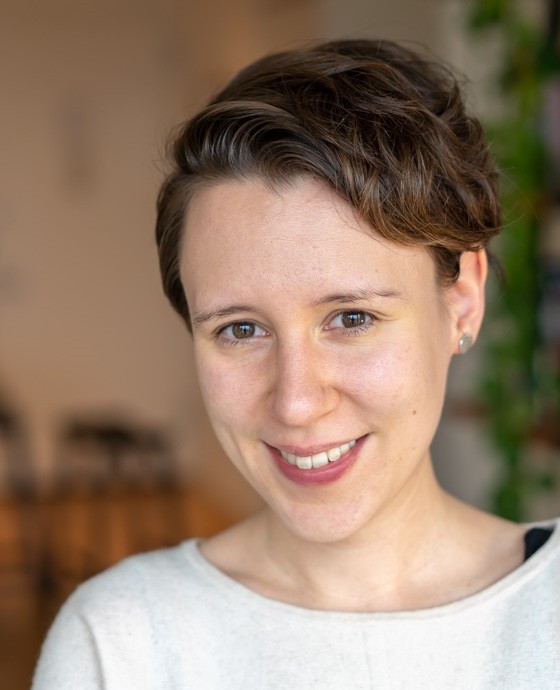 Recent Graduates on the Job Market

I am a Faculty Fellow at NYU's Center for European and Mediterranean Studies. I received my Ph.D. in political science from Columbia University in October 2017.  I earned an M.A. from Columbia, an M.Sc and a B.Sc from Tel Aviv University. I research populism, nationalism, international security, and social and ethnic cleavages with a regional focus on Eastern and Central Europe and Israel.

My book project, Megalomania and Ruritania within the Nation: The Center Periphery Cleavage and the Rise of Right Wing Populism in Central Europe, explains variation in populism and its transformative effect on political systems.

I currently teach courses on European politics, social movements and political protest, and nationalism. Among the courses I previously taught are Introduction to Comparative Politics Introduction to International Relations; and Scope and Methods in Political Science.

In addition to my scholarship, I participate in policy debates in my blog www.commentingtogether.com , as well as other publications such as Duck of Minerva, the LSE USA blog, and Newsweek.

Anthony M. Daniel received his PhD in May 2017. His dissertation, From Wagner to Taft-Hartley, Revisited, analyzed the long-lasting impacts of state-level responses to labor unrest during the New Deal. Broadly speaking, research interests include American Political Development, labor politics, and political communication. Of particular interest are historical moments of large-scale civilian resistance. He received his BA from Bard College and hobbies include chess and fishing.

Kate is a DeOlazarra Fellow at the Program in Political Philosophy, Policy & Law at the University of Virginia. She received her Ph.D. (with distinction) in political theory at Columbia University in 2019. Exploring the intersections of law, politics and economics, her research focuses on how our normative commitments - both legal and political - both intervene in, and are driven by, the economy.

Kate’s dissertation, Corporate Autonomy: Law, Constitutional Democracy and Big Business, is an interdisciplinary analytical examination of the rights and internal governance of business corporations in constitutional liberal democracies. Drawing from scholarship in political theory, economics and law, she conclude that corporations do not merit legal protections unless they first exhibit some internal democratic credentials.

In contrast to theories of collective moral personhood, she argues that the question of corporate ontology should not determine the kinds of legal rights it can claim. Rather, drawing from Dewey (1926), the law of constitutional liberal democracy should respond to shifting social ontology by defending the principle of equal human worth. After consideration of the literature on group agency (e.g., List and Pettit 2011) and group rights, (e.g., Benhabib 2002; Levy 2014) she argues that corporations are purposive, hierarchical institutions whose legal rights cannot claim to vindicate the liberties of their human members unless “there is freedom [for workers and investors] to say yes or no.” (Habermas, 1994)

Given labor markets characterized by monopsony, financial markets characterized by the “forced capitalism,” (Strine, Jr., 2017) and the control exercised by corporate leadership (Coase, 1937), ascribing corporate associational rights based upon the formal opportunity of market exit (cf., Kukathas, 2007) empowers elites at the expense of equal liberty. Further, although markets may constrain corporate choices, there is meaningful space for democratic decision-making within the corporation.

​Her research intervenes in the new but growing literature inspired by controversial U.S. Supreme Court decisions awarding liberty rights to business corporations – rights that challenge the legitimacy of liberal democracy. Much of this literature relies upon analogical thinking, treating the corporation as an individual or as a state conscript. Her dissertation, in contrast, directly acknowledges the corporation’s hybrid public-private credentials by taking advantage of the ontological and normative bridge that law forms between states and markets.

This strategy will allow political theorists to examine additional contemporary economic problems that likewise claim legal provenance – from industry concentration to high finance – that implicate not only distributive justice but human freedom (Anderson 2017) and democratic sovereignty.

In addition, Kate’s research shows how political theory’s robust literature in group rights, once modified with cutting-edge economic research, can be useful to theorists investigating organized market activity. The theory of corporate rights it presents, furthermore, offers an original justification for workplace democracy that relies neither upon a teleological conception of human autonomy (e.g., Pateman, 1970) nor revolutionary syndicalist aspirations. Finally, its focus on law suggests a new approach for scholarship that increasingly engages the connections between state and market. (E.g., Eich 2018; Tooze 2018; Fraser 2015; Arrighi 1994)

Benjamin Mueser holds a Ph.D. in political theory and international relations. His research focuses on the origin and development of the modern state, in particular, sovereignty, territoriality, and the intersection of territory and nationalism. His doctoral work focused on the intellectual resources of state formation during the seventeenth- and eighteenth-centuries. He also writes on the normative conditions for the possession of land. He is currently a Max Weber Postdoctoral Research Fellow at the European University Institute in Florence, Italy. He is developing his manuscript, tilted The Territorial Revolution in Political Thought, for publication. His work has been published in Global Intellectual History.

Ben has taught as a Preceptor for Contemporary Civilization, Columbia's flagship course on the history of political thought. He has also taught introductory courses on political theory and international relations.

Luise Papcke (Ph.D., Columbia University) is currently a postdoctoral research fellow at the Classical Liberal Institute at the New York University School of Law. A trained political theorist, she works both in the history of political thought and contemporary political theory. Her research focuses on the changes in how we understand the notions of ‘individuality’ and ‘community’ within liberal theory and in contemporary society, especially given the advent of new media technologies.

Her current book project, Socializing Individuality. The Liberal Individual in the Political Thought of Wilhelm von Humboldt and Friedrich Schleiermacher, examines a conceptualization of individuality in early German liberal thought that pays particular attention to the social origins of individual uniqueness. The book retraces this notion of “social individuality” as an alternative vision of the liberal individual developed at the outset of the modern administrative state. The analysis focuses in particular on works of Wilhelm von Humboldt and Friedrich Schleiermacher, two prominent figures in the liberal movement in early 19th century Prussia and founders of the university of Berlin (1810) which was to become a model also for American liberal arts education. In analyzing their conceptualization of individuality and its political consequences for the liberal pluralist state, the book offers an alternative account of reconciling individualist claims to autonomy, self-cultivation and political participation rights with societal demands and collective claims on organizing individual behavior.

As postdoctoral fellow at NYU, she currently also works on her follow-up project which seeks to marshal these historical conceptual resources on “social individuality” to examine the new challenges posed by Big Data surveillance and new media technologies to privacy and individual autonomy. Her research focuses on conceptualizations of manipulation and influence in customized online advertisement and filtering mechanisms. She studies these issues from a political theoretical perspective with a strong interest in legal applications.

During her graduate studies at Columbia, Luise taught ‘Contemporary Civilization,’ a year-long introductory political theory course in Columbia’s Core Curriculum, and was selected as GSAS Teaching Scholar to design and teach an undergraduate seminar on ‘Individual Autonomy in the 21st Century’. She also holds a Franco-German dual M.A. degree in history and political theory from Freie Universität Berlin and Sciences Po Paris and a B.A. degree in political science from Free University Berlin.

Her previous work on discrimination in the associational sphere in US constitutional law was published in Polity (2018).

Michael Rubin is a Postdoctoral Scholar in the Center for Peace and Security Studies (cPASS) at the University of California, San Diego (UCSD). He earned a PhD (2018) in Political Science from Columbia University, specializing in International Relations and Comparative Politics.

Michael's research has been published or is forthcoming in International Studies Quarterly and the Journal of Conflict Resolution and has been funded by the National Science Foundation (Law and Social Sciences Program), The Earth Institute, the Weatherhead East Asian Institute and the Center for Israel Education. Michael has conducted field research in the Philippines and has worked on dataset design and collection for the Terrorism in Armed Conflic (TAC) and Named Entities for Social Sciences (NESS) projects. For more information, and links to published and ongoing work, please visit his website: www.michaelarubin.com

Maria Snegovaya  (Ph.D., Columbia University) is a postdoctoral fellow at Johns Hopkins University School of Advanced International Studies and an Adjunct Fellow at the Center for European Policy Analysis. She is a comparative politics, international relations and statistical methods specialist.

The key focus of Ms. Snegovaya's research is democratic backsliding and the spread of populist and radical right actors across Europe. Her dissertation explains the success of these parties in the region as a function of the economic policy choices made by the left parties of the post-Communist era. Based on extensive field research in the Czech Republic and Hungary, she argues that when post-Communist left parties shifted toward economically centrist policies in the wake of the market transition, they created a political opening for populist and radical right parties that successfully used redistributionist appeals to attract former left party supporters. Her results go in-line with the existing scholarship on other regions, such as Latin America and Western Europe, which suggests that reforms adopted by leftist leaders were programmatically dealigning for party systems and contributed to rising electoral instability and emergence of populist political actors in the aftermath of the reform process.

While pursuing her doctorate, Ms. Snegovaya was the recipient of research/scholarly funding from several entities, including the Harriman Institute at Columbia University, the Free Russia Foundation, the Institute for Humane Studies, and the Higher School of Economics.

Ms. Snegovaya has presented research at professional meetings and published the results of her analysis in various publications, including the Washington Post’s political science blog the Monkey Cage, policy papers, book chapters, and in peer-reviewed journals. Her publications have been included as required reading for courses at Sciences Po, Syracuse University, and the Harriman Institute at Columbia University.

Tinghua Yu is currently a Postdoctoral Fellow at the London School of Economics and Political Science. She received her Ph.D. in political science from Columbia University in May 2018.