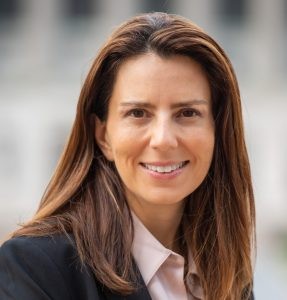 Professor Yarhi-Milo’s first book (Princeton University Press, 2014) titled, “Knowing The Adversary: Leaders, Intelligence Organizations, and Assessments of Intentions in International Relations,” received the 2016 Furnnis Award for best book in the field of international security. Also, it is co-winner of the 2016 DPLST Book Prize, Diplomatic Studies Section of the International Studies Association. Her second book, titled “Who Fights for Reputation? The Psychology of Leaders in International Conflict,” (Princeton University Press, 2018) also received two awards: the 2019 Best Book Award on Foreign Policy from the American Political Science Association, and the 2020 Biennial Best Book on Foreign Policy from the International Studies Association.

Before joining the faculty at Columbia University, she was Associate Professor (with tenure) of Politics and International Affairs at Princeton University’s Department of Politics and the Princeton School of Public and International Affairs. She was previously a post-doctoral fellow at Harvard University’s Belfer Center for Science and International Affairs and a pre-doctoral fellow at the Olin Institute for Strategic Studies at Harvard University. Yarhi-Milo has worked at the Mission of Israel to the United Nations and has served in the Israeli Defense Forces, Intelligence Branch. Her dissertation received the Kenneth Waltz Dissertation Prize for the best dissertation in the field of international security and arms control in 2010. She also has received awards for the study of political science from the Smith Richardson Foundation, the Arthur Ross Foundation, and the Abram Morris Foundation.

“In the Eye of the Beholder: How Leaders and Intelligence Organizations Assess Intentions.” International Security 38.1 (2013): 38:1, 7-51. Print.Abstract IntheEyeoftheBeholder-KYM.pdf

"Intent from an International Politics Perspective: Decision-Makers, Intelligence Communities, and Assessment of the Adversary's Intentions" in "From the Mind to the Feet: Assessing the Perception-to-Intent-to-Action Dynamic." Multi-Agency/Multi-Disciplinary White Papers in Support of Counter-Terrorism and Counter-WMD 2009. Print.

“Trump is trying to send North Korea a message. He has a long way to go (with Danielle Lupton and Roseanne McManus.” The Washington Post, "Monkey Cage" 2017. Web. Publisher's Version

“What American Credibility Myth? How and Why Reputation Matters (with Alex Weisger).” War on the Rocks 2016. Web. Publisher's Version

"Redefining the Debate over Credibility and Reputation: Promises and Limits of New Scholarship," with Robert Jervis and Don Casler (Under Review)

"A Not-So-Open Book: Secret Information and Military Cooperation Between Allies," with Mindy Haas (Under Review)

“Democratic Leaders, Crises and War: Evidence from Elites and Public Survey Experiments in the US and Israel," with Josh Kertzer and Jonathan Renshon. (Under Review)

"Are Red Lines Red Herrings? with Joshua Kertzer and Jonathan Renshon (Under Review)

October 4, 2016
What American Credibility Myth? How and Why Reputation Matters
War on the Rocks. Alex Weisiger and Keren Yarhi-Milo