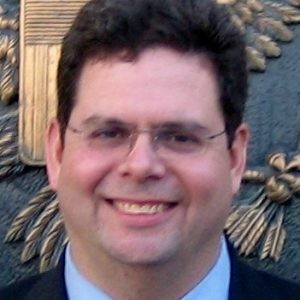 Jeremiah Pam is a senior policy analyst at the U.S. Department of the Treasury. He has previously been a research scholar at Columbia's Saltzman Institute of War and Peace Studies and a visiting scholar, fellow, or visiting lecturer at Columbia Law School, the U.S. Institute of Peace, and Yale Law School.

From 2010-2012 he worked for the State Department at the U.S. Embassy in Kabul, as the Governance Policy Chief. From 2006-2007 he worked for the Treasury Department at the U.S. Embassy in Baghdad, as the Financial Attaché for Iraq. In 2008 and 2009 he also represented Treasury and helped lead interagency strategic assessments of international policies in the Middle East and Central Asia. Previously, he was an international finance lawyer in New York specializing in advising foreign governments on sovereign debt restructuring during financial crises, and early in his career, Pam served for four years as an officer in the U.S. Air Force followed by three months on the U.S. National Security Council staff as part of a graduate internship program.

Pam holds an M.B.A. from the Sloan School of Management at the Massachusetts Institute of Technology, a J.D. degree with recognition of achievement in international and foreign law from Columbia Law School, an M.A. degree in political science from Columbia University, and an A.B. degree in social studies from Harvard College.