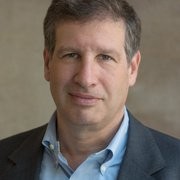 Gideon Rose is the Mary and David Boies distinguished fellow in U.S. foreign policy at the Council on Foreign Relations. Previously, he was Editor of Foreign Affairs from 2010 to 2021, prior to which he was Managing Editor from 2000 to 2010. He has also served as Associate Director for Near East and South Asian Affairs on the staff of the National Security Council and Deputy Director of National Security Studies at the Council on Foreign Relations and has taught American foreign policy at Princeton and Columbia. He is the author of How Wars End (Simon & Schuster, October 2010).