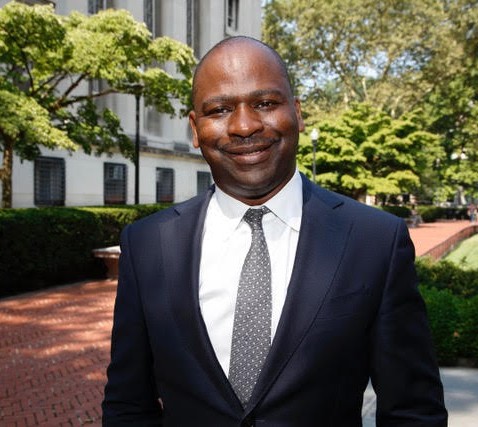 Fredrick C. Harris is the Class of 1933 Professor of Political Science and former Dean of Faculty in the Social Sciences. He also serves as Director of the Center on African American Politics and Society.

He is also the co-author of Countervailing Forces in African-American Civic Activism, 1973-1994, which received the W.E.B. DuBois Book Award from the National Conference of Black Political Scientists and the Ralph Bunche Award from the American Political Science Association. His article "It Takes a Tragedy to Arouse Them: Collective Memory and Collective Action during the Civil Rights Movement," published in Social Movement Studies: Journal of Social, Cultural, and Political Protest, received the Mary Parker Follet Award for best article by the American Political Science Association's section on Politics and History. He is also author, with Viviana Rivera-Burgos, of the “Continuing Dilemma of Race and Class in the Study of American Political Behavior,” which appears in the Annual Review of Political Science, and “James Baldwin, 1963, and the House that Race Built,” which appears in Transition.

Professor Harris's most recent books are The Price of the Ticket: Barack Obama and the Rise and Decline of Black Politics (Oxford University Press, 2012), and, with Robert Lieberman, Beyond Discrimination: Racial Inequality in a Post-Racist Era (Russell Sage Foundation Press, 2013). The Price of the Ticket received the Hurston/Wright Legacy Award for Non-Fiction. His current research explores the history of Black Public Intellectuals and will be published by Oxford University Press under the title Critical Thinkers: A History of the Public Ideas of Black Intellectuals and Activists. Professor Harris is co-editor with Cathy Cohen of the Oxford University Press book series "Transgressing Boundaries: Studies in Black Politics and Black Communities."

Professor Harris’s essays have appeared in Dissent, the London Review of Books, The New York Times, Society, Souls, Transition, and the Washington Post and he is the creator of the Dean’s Table podcast, which features the life and the scholarship of faculty in the social sciences at Columbia.