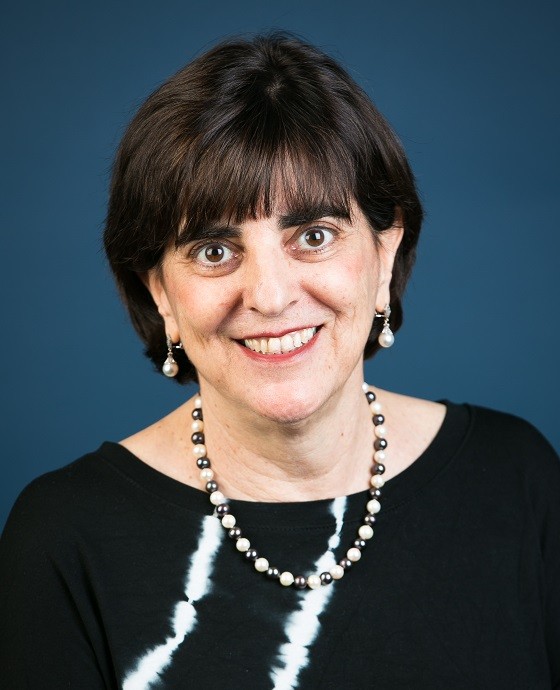 Ester R. Fuchs is a Professor of International and Public Affairs and Political Science and is the Director of the Urban and Social Policy Program at Columbia University’s School of International and Public Affairs. She served as Special Advisor to the Mayor for Governance and Strategic Planning under New York City Mayor Michael R. Bloomberg from 2001 to 2005. Previously, Professor Fuchs served as chair of the Urban Studies Program at Barnard College and Columbia College and founding director of the Columbia University Center for Urban Research and Policy.

Professor Fuchs is a board member of Columbia’s Data Science Institute and its Smart Cities Center, American University’s Metropolitan Policy Center, Senior Fellow of the Global Cities Institute at the University of Toronto, and an Associate at the University of Technology Sydney Institute for Sustainable Futures. She received the Bella Abzug Leadership Award in 2017, the Above & Beyond Exceptional New York Women of 2017 Award for Education, the NASPAA Public Service Matters Spotlight Award for WhosOntheBallot.org, an Award for Outstanding Teaching at SIPA and the City of New York Excellence in Technology Award for Best IT Collaboration among Agencies for Access NYC. She also received the Distinguished Alumna Award from Queens College.

Currently, Professor Fuchs serves as Director of the WhosOnTheBallot.org, an online voter engagement initiative. The Whosontheballot.org website is designed to improve voter turnout through a single online portal that provides easy access to customized sample ballots, polling place locations, and candidate information. It is being piloted in New York City and its technology and outreach strategy will be made available nationwide and globally.

While at City Hall, Professor Fuchs coordinated three significant mayoral initiatives: the restructuring the City’s delivery of Out-of-School Time (OST) programs to children, youth, and families; the Integrated Human Services System Project (Access New York) to streamline the screening and eligibility determination processes, case management, and policy development and planning functions within and across the 13 human services agencies through the use of technology; and the merger of the Department of Employment with the Department of Small Business Services to align the City’s workforce development programs with the needs of the business community.

Professor Fuchs currently serves on the Committee on Economic Inclusion of the U.S. Federal Deposit Insurance Corporation (FDIC), the NYC Department of Design and Construction (DDC) Town and Gown Advisory Board, and is a member of the boards of the Fund for the City of New York, the Citizens Union, the Museum at Eldridge Street, the Jewish Community Relations Council, and Global Cities, Inc. (a project of Bloomberg Philanthropies). Professor Fuchs was the first woman to serve as chair of the NYC Charter Revision Commission in 2005. She has also served on the NYC Mayor’s Sustainability Advisory Board, the NYC Workforce Investment Board, the NYC Commission on Women’s Issues, the NYC Economic Opportunity Commission, and the Advisory Board for NYC’s Out-of-School Time Initiative.

Professor Fuchs has been working with former New York City Mayor David Dinkins organizing the David N. Dinkins Leadership in Public Policy Forum since its inception in 1995. She also organizes the Global Mayors Forum at SIPA. Between 2007 and 2013, Professor Fuchs organized and moderated annual international summits sponsored by the Office of the Mayor of New York and New York City Global Partners. The conferences brought together mayoral delegations from cities around the world to discuss important urban policy issues and share best practices.

In April 2017, Professor Fuchs collaborated with Professor Patricia Culligan of the Columbia University Data Science Institute to a complete a study for the NYC Department of Environmental Protection, “Stopping Trash Where It Starts: A Project to Mitigate Floatable Trash NYC Waterways through Targeted Street Litter Reduction.” In July 2017 she published a study for the 125th Street Business Improvement District, “Promoting a Cleaner and Healthier Harlem: Reducing Street Litter in the 125th Street Business Improvement District.”

Professor Fuchs is an expert in urban politics and policy; American politics; and American parties and elections. She consults for governments, NGOs and businesses. She is a frequent political commentator in print, broadcast and new media and lectures internationally. She received a B.A. from Queens College, CUNY; an M.A. from Brown University; and a Ph.D. in Political Science from the University of Chicago.