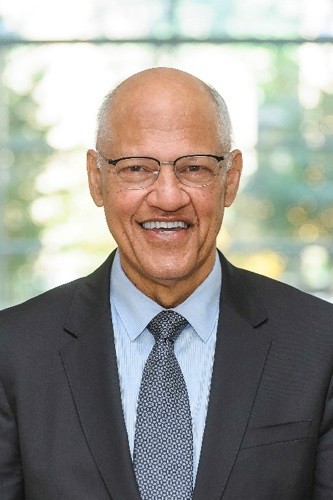 Wilmot James is a visiting professor of political science at Columbia University in The City of New York. An academic by background with a Ph.D. from the University of Wisconsin at Madison, Dr. James was previously a Member of Parliament (South Africa) and opposition spokesperson on schools, trade, and health. He served as the Chairman of the Democratic Alliance (DA) between 2010 and 2016. Dr. James is the author and/or editor of 17 books that include a set of essays on the public understanding of science titled Nature’s Gifts: Why we are the way we are (Johannesburg, 2010), a  co-edited book, Biotechnology and health: South Africa’s aspirations in health-related biotechnology (Pretoria, 2007) and a co-edited collection of Nelson Mandela’s presidential speeches, Nelson Mandela in his own words (2003). Dr. James served on the Board of Trustees of the Ford Foundation between 1996-2008. He has teaching experience from the University of the Western Cape and University of Cape Town and postdoctoral and visiting professorial experience from Yale University, Indiana University, Edinburgh University, and the California Institute of Technology. At Columbia University, he teaches a course on Global Health Security and Governance and serves as a research consultant in biosecurity gap analysis, education and training to the Washington D.C.- based Nuclear Threat Initiative.