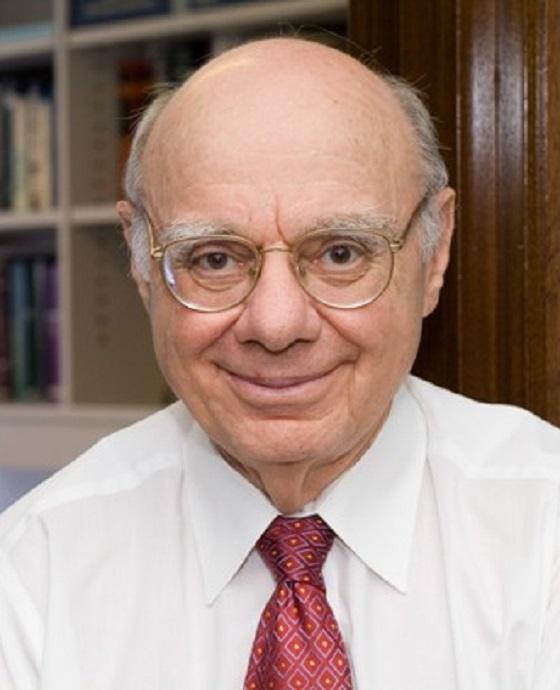 Sidney Rosdeitcher is a retired litigation partner at Paul, Weiss, Rifkind, Wharton & Garrison LLP, and is now Of Counsel in its Litigation Department.  Before he retired he concentrated in antitrust but also had experience in a variety of other fields of commercial litigation.  Mr. Rosdeitcher had an extensive appellate practice that included two arguments before the United States Supreme Court.

Mr. Rosdeitcher currently teaches a seminar in U.S. Constitutional Law to undergraduates in Columbia’s  political science department.  He also has taught courses on civil liberties at Brooklyn Law School and  professional ethics at Columbia Law School.  He published articles on antitrust and transnational discovery and is co-author of reports on human rights conditions in Uganda and on the impact of the Military Commissions Act on U.S. obligations under the Geneva Conventions, and is the author of an article on Supreme Court Adjudication and the Qualifications of Supreme Court Nominees.

Throughout his career he has had an extensive pro bono practice that included participation in civil rights and civil liberties litigation on behalf of the Brennan Center for Justice at New York University School of Law, the Lawyers Committee for Civil Rights Under Law, the American Bar Association and the New York City Bar Association.

Mr. Rosdeitcher has served as Senior Policy Advisor to the Brennan Center, chairman of the New York City Bar Association’s Committees on Professional and Judicial Ethics, International Human Rights, Civil Rights and its Task Force on National Security and the Rule of Law and its Council on International Affairs.  He also was a member of the Association's Executive Committee.  He is a member of the Board of Directors of Legal Services of the Hudson Valley and of the Lawyers Committee for Civil Rights and its Amicus Committee.  He also served on the Amicus Committee of the Section of Civil Rights and Social Justice of the American Bar Association.

Mr. Rosdeitcher is a recipient of the Marvin E. Frankel Pro Bono Award from Human Rights First, the Segal-Tweed Founders Award and the Whitney North Seymour Award from the Lawyers Committee for Civil Rights, and the Equal Access to Justice Award from Legal Services of the Hudson Valley.

From 1961-62, Mr. Rosdeitcher served as a lawyer in the Office of Legal Counsel at the United States Department of Justice and from 1965 to1966, as an attorney adviser to Commissioner Philip Elman of the Federal Trade Commission.