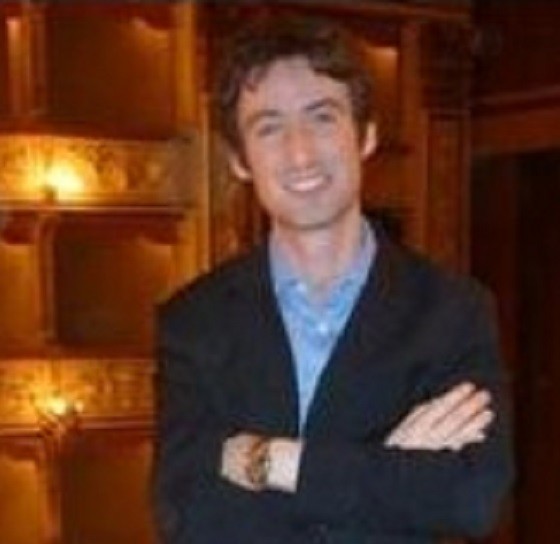 David Ragazzoni
Lecturer in the Discipline of Political Science

A dual citizen (Italian and American), Dr. David Ragazzoni holds a Ph.D. in political science (political theory) from Columbia University in the City of New York.

During his Ph.D. at Columbia, he completed a special minor in law and taught extensively for five years, first as a teaching assistant and then, for two years, as a preceptor for "Contemporary Civilization," the flagship course in the history of political thought in Columbia College's Core Curriculum.
While at Columbia, he received awards for both his research and his teaching, including the Doria Prize for the best paper by a Ph.D. student across the four subfields of political science (2017) and the Core Preceptor Award for Teaching Excellence as the best preceptor of the year for Contemporary Civilization (2022; one of the four finalists in 2020).

Dr. Ragazzoni was trained in the history of political philosophy and intellectual history (early modern and modern) at Scuola Normale Superiore and Scuola Superiore Sant’Anna, Pisa (Italy), two prestigious institutions of the Italian academic system, earning his Italian doctorate and, in 2018,  Italy's National Scientific Habilitation as Associate Professor in Political Theory and the History of Philosophy.

His more recent articles have been published (or are forthcoming) in Constellations, International Journal of Democratic and Critical Theory, Journal of Political Ideologies, Journal of Modern Italian Studies; he has also contributed chapters to edited volumes, including, most recently, the Renaissance volume of the Cultural History of Democracy, a project in six volumes under the general editorship of Professor Eugenio Biagini (University of Cambridge).

His latest book project (as both co-author and co-editor) is Hans Kelsen on Constitutional Democracy: Genesis, Theory, Legacies, under contract with Cambridge University Press.

Dr. Ragazzoni has organized four major international conferences in Europe and the United States: on the political and legal philosophy of Cesare Beccaria (2021, Columbia University); on Machiavelli's political and constitutional thought (2020, APSA's "mini-conference"); on Kelsen's democratic theory (2020, Switzerland; canceled due to pandemic); on realist democratic theory in the 20th and early 21st centuries (2019, Mancept). These conferences have generated projects that are being developed or forthcoming.

As a lecturer at Columbia in the 2022-23 academic year, he will be teaching "Contemporary Civilization" (from Plato to the present), "Introduction to Political Theory," and a seminar of his own design titled "Elites, Parties, and Democracy."